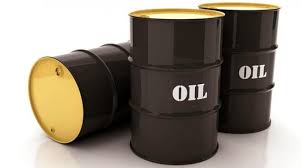 Bullish Preference: Buy position is envisaged if price trades above  64.21 with  take profit at 64.45.

Bearish Preference: Sell position is envisaged if price trades below 63.00 with take profit at  62.25.

Comment: Crude oil ended slightly lower last week, with prices dropping roughly 1% to $60.72/bbl. Oil price action was quite volatile over the last few sessions, however, as the commodity fluctuated within an 8% trading range. In fact, the 14-day average true range sped up to its highest level since June of last year. Recent crude oil price volatility looks likely to persist considering the fundamental risk posed by the upcoming OPEC+ meeting scheduled to take place on 01 April 2021, which stands to guide the direction of oil.

Comment: The British Pound has sped up higher against its major counterparts in the first quarter of 2021, as markets priced in a faster-than-expected return to normality on the back of a highly successful vaccination distribution program and the diminishing possibility of further monetary policy easing by the Bank of England. From a technical level, although the long-term outlook for the Pound remains overtly bullish against the haven-associated US Dollar, fading upside momentum could trigger a period of consolidation. We may still have bullish traded GBPUSD today.